Mimi and I are working on Norah Gaughan’s Vintage Afghan, pumping out squares like crazy! They’re so much fun to work on; each one is a little cable knitting masterpiece of its own, and together, they’re going to be gorgeous.

Our version is the earth tones—cream, brown, gray, and dark green. On the Ravelry photos, the brown looks mustard, but it’s a pretty dark brown.

Here’s the square I just finished: 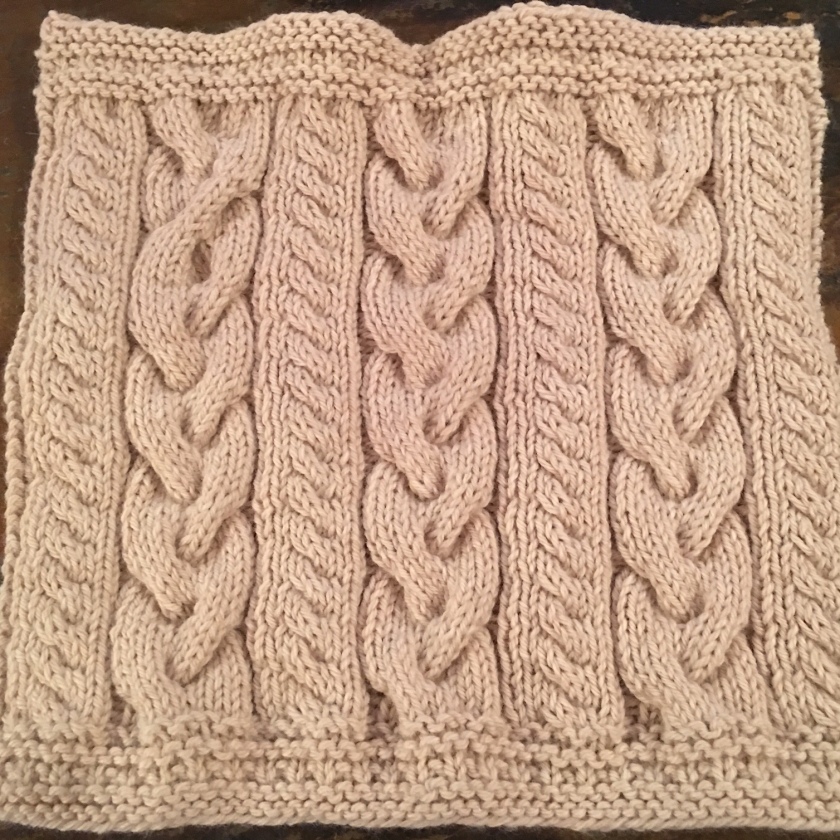 Can you spot my mistake?

I have to admit, if this mistake was at the beginning of the square, I would consider leaving it alone. But I would probably regret that, because even with all of the blogs I’ve written over the years about leaving mistakes alone, it would bug the hell out of me. Plus, I want this to become an heirloom, and this mistake is too ugly to be a “signature.”

So, I’m going to fix it. I’ll just need to take out the top border and recross the cable correctly, and “poof,” it’s fixed.

I'm a crafter, knitter, writer, gardener, and cook. I'm the editor of the website knittingdaily.com, and also a Stampin' Up demonstrator. I'm married to a wonderful gal, Mimi, who shares my interests in papercrafting, knitting, travel, but not so much with the cooking. View All Posts